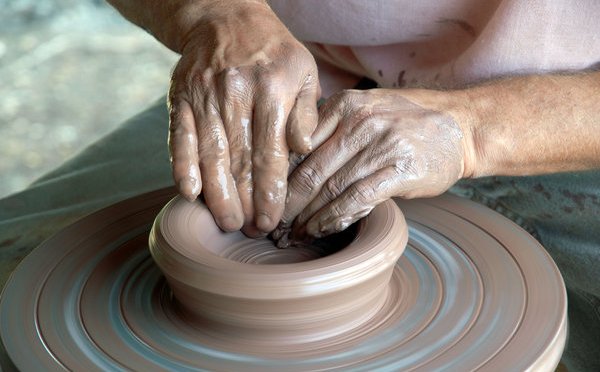 It happens to us all.  You feel a prompting in your gut about something, or a light bulb suddenly goes off in your head.  Sometimes you may have a full understanding of it, and immediately know what your response should be to that revelation.  But other times it may be more akin to catching a glimpse of something out of the corner of your eye, or hearing a snippet of an instruction – perhaps even just a single word or small phrase.  You may ask yourself, ‘Did I really see/hear that? What does it mean?’     Then just a few days later, you turn on the TV and come across a program discussing just that subject.   I’m describing those times when it seems like everywhere you turn, the same word/message seems to be coming at you –  from TV, to radio, to friends even strangers.

Some would say ‘the universe is trying to tell you something’.  But why listen to the universe, when we can instead seek understanding and revelation from ‘the God of the universe?’

Well, I’ve been having that kind of experience lately.  There are certain words/phrases and snippets of knowledge that have been peeking out at me from books, podcasts, and around the corners of my mind/understanding.  I’m hungry for them to unify into an cohesive understanding, and so as free time allows I have been setting aside quiet time to dig deeper, seeking His heart and His word for discernment and revelation.   This morning is one of those times.

“Leadership Is Influence: Nothing More, Nothing Less”  ~John Maxwell

In the course of my quiet time this morning, while talking with the Lord about certain challenges I’m facing, I paused to look back through some of my older my journals.  And in doing so, I was a bit surprised to see that I was writing back then about some of the same things I journal about now.  In some ways, that was a bit discouraging – because I would rather have read about former challenges that I now (in this present moment) have victory over.

For example, in 2010 I was responding to a prompt to ‘step up’ as a woman of influence/leadership, and had crafted a “Statement of Purpose” for my life inspired by John Maxwell’s book “Developing The Leader Within You“.   Oh, to read the enthusiasm and faith displayed in those 2010-2011 entries.  God was leading me, teaching me, I was being challenged and also changed.  I was letting go of (at least in part) the insecurities that had kept me ‘living small’ and was daring to dream of things impossible for me to achieve based on my own qualifications.

Then life happened, and it rather grieves my heart to say that some of the same fears and insecurities that I was writing about conquering back then are still stalking me now.  Oh, yes, I’m now much quicker at dismissing them as falsehoods (issued direct from the pit of hell) but in truth – I have not entirely “broken up with fear” as I so boldly declared in my journal back in 2010.  Fear was alive and well in my life throughout 2012 and a good chunk of 2013.  Which is why I (again) declared a Break Up with Fear in 2014!

Or what about all those entries pouring out my heart during seasons when I felt persecuted by unfair circumstances, or under attack in some area of my faith-walk.  In some cases, it was exciting to later read an entry about a fresh revelation or victory seen – but there were also plenty of entries that sounded a lot like my writings in recent months.

I’m going to pause here because otherwise this would be a very lengthy post.  Please check back in a few days for part 2, and while you’re waiting please take a moment to leave a comment or two.  Have you ever heard the same message coming to you through TV, radio, etc?  Or have you ever looked back to old journals, diaries, or photos/videos and what were your experiences?

See you again in a few days!

Inspired by my last name, I'm on a journey to better understand the intertwining of FAITH & HOPE.